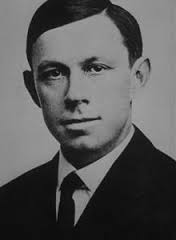 There were no national college football poll before the AP had their first in 1936. To only claim AP/UPI/BCS years arbitrarily eliminates any national championship prior to 1936. There were several mathematical systems that popped up in the 1920’s and 30’s and many of them went back to figure out national championships in the years prior including 1915.
The 1915 year has 3 recognized teams as National Champions including the University of Oklahoma. Both Pittsburg (Pitt) and Cornell claim 1915 National Championship.
OU’s claim to the National Championship in 1915 is as valid (or invalid depending on your point of view) as Cornell and Pitt. OU had more wins at 10 compared to Pitt’s 8-0 or Cornell’s 9-0 records. Of the NCAA recognized National Championship selecting services Cornell was picked by 4 services, Pitt and OU both was picked by 1 each.
Taking a look at comparing the different teams’ stats:
Total Points scored
Cornell 303
OU 370
Pitt 247

Of OU’s 10 wins a full 7 of them were against teams that now compete and play in college football’s Bowl Championship level (Missouri, Kansas, Texas, Kansas, Arkansas, Tulsa, Kansas State and Oklahoma A&M) while Pitt had only 2 (Navy and Penn St) and Cornell had 2 (Virginia Tech and Michigan)

OU won the Southwest Conference in 1915 with a 3-0 Record with wins over Texas, Arkansas, & Oklahoma A&M, while both Pitt and Cornell were independents in 1915.

When you compare the three squads, 2 of which already claim the 1915 Football National Championship, OU’s claim is just as legitimate. This isn’t the questionable national championships that Alabama, Texas A&M or USC have claimed recently. This one is a real National Championship won on the field and recognized by the NCAA!

It’s time for the University of Oklahoma to raise the 1915 banner above Gaylord Memorial Stadium on the 100 year anniversary. OU should have 8 claimed National Championships not 7.

The quest for 9 should start his year!

This entry was posted in Uncategorized. Bookmark the permalink.